The keys of the dodecahedron

In the unstable Spain of 1937, where hates fought cruelly against inequities, a beautiful valley in the foothills of the Peaks of Europe lose their peace and stability to their people’s disgrace.

During that cold December with mountain peaks overflowing flawless snow, squadrons of German war airplanes, from the Condor Legion, fly nearly at heads level of the terrified locals. Those engines from hell make their way to bomb the North Area, defended by brave and seasoned miners from Asturias, whose defensive bastions are located on the brink between León and Asturias, under the form of two sound and sturdy bunkers.

Yet a terrible day, one of those planes falls (or is knocked down) in the village and its pilot disappears mysteriously…

That fact triggers gruesome days of tortures, assaults, and murders carried out by the Luftwaffe soldiers and the Spanish Political-Social Brigade agents sent from the capital. And by a satrap of a fateful memory… in the area.

Nevertheless, such sorrow is compensated as through magic: love.

The love between the North inhabitants and a beautiful “princess” from that land. It is not until 1964 when a diverse group of young people made up by one Spaniard, two German persons, and one American woman, resident in the precious German town of Freiburg im Breisgrau, decide to go back to the conflict area to puzzle out all pending mysteries. And they certainly do!

United by something else than the affection they had to each other and their relationship with some of the tragedy actors, these two couples bring in the positive side to all previous inequity. They do so despite all risks their trip involve and mostly in the final part of the journey.

The peace, friendship, and respect between different ethnic, religious, and ideological groups would be the result of so much sacrifice and effort by the members of the new “Legion”, now made up by the noble and peaceful youth of our time. 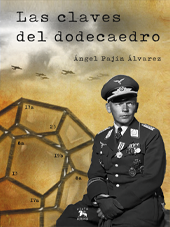 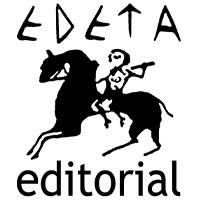 Our publishing house was born in 2018 with the aim of providing new talents an opportunity, betting on them and making it easier for their works to reach the reading public.