Traditional approaches to ANOVA and ANCOVA are now being replaced by a General Linear Modeling (GLM) approach. This book begins with a brief history of the separate development of ANOVA and regression analyses and demonstrates how both analysis forms are subsumed by the General Linear Model. A simple single independent factor ANOVA is analysed first in conventional terms and then again in GLM terms to illustrate the two approaches. The text then goes on to cover the main designs, both independent and related ANOVA and ANCOVA, single and multi-factor designs. The conventional statistical assumptions underlying ANOVA and ANCOVA are detailed and given expression in GLM terms. Alternatives to traditional ANCO 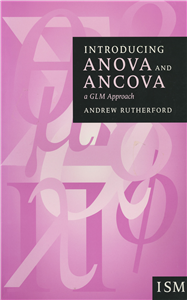