Ana Tramel: With A for attorney. With A for addicted to alcohol, pills and sex. And with A for anaesthetized (to emotions, adjectives, and sycophants). In this story absolutely everything revolves around her, the protagonist, narrator and dynamo of the plot. In her forties, she’s about to experience a journey to the dark side of the gambling world, and to come up against an international corporation that deals in thousands of millions and has hundreds of lawyers on their payroll. Said with the utmost humility: from this moment on, we are all Ana
Tramel.

In ANA nothing is what it seems. Not one of the characters is exactly a saint. And as Patricia Highsmith said of one of her stories ‘they are going to see a woman do what no male protagonist in literature of the past forty years would dare: behave with compassion, heroism and expose her body and soul to humiliation’. 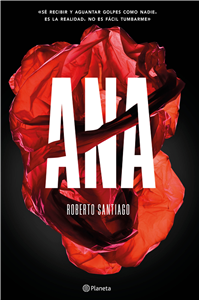 Audiovisual rights are not available.

“I was so hooked I couldn’t stop reading. I arrived in Spain by plane from Germany and before taking the car from the airport I sat in the airport lounge and read the two remaining chapters. An enthralling novel.” - María Dueñas, writer

“A rollercoaster ride into the world of gambling and the courts. Thrilling, original, subtle and action-packed. The extremely humane Ana stands out for her bad character, her mistakes and her talent.” - Isabelle Gugnon, publisher at SEUIL (France)

“I have spent days telling those around me about Ana, and I realise that one of the greatest merits of this novel is how it brings back one’s pleasure in reading.” - Giovanna Canton, publisher at Rizzoli (Italy)

“It’s absolutely gripping. I’m impressed by the strong psychological portrait of Ana, the twists of the plot, the masterclass of the author. This legal thriller has many assets. It doesn’t happen very often that I have such a strong feeling, like in this case, that I just must grab it for the house.” - Katarzyna Lipnicka, publisher at Muza (Poland)

“A real page-turner with a smart and ironic heroin. A sophisticated, emotional and credible image of a man’s life.”- Nikola Marzyová, publisher at Host (Czech Republic)

“Roberto Santiago arrived at Planeta having previously sold more than a million copies of his ‘Los futbolismos’ (‘Footballisms’) saga. Now with a new direction to his career he maintains his narrative pulse with a powerful novel and a protagonist who arrives like an arrow piercing the heart of the reader. An author who has dazzled us.” - Raquel Gisbert, publisher at Planeta (Spain)

“As well as thoroughly enjoying it I am surprised by the impact the story has had on me and by the work that has gone into it. It is purely visceral; it grabs you from the beginning. And the writing, its form and structure, surprised me; not only does it captivate but it goes further and is at once a literary novel and a best-seller, something rarely achieved.” - Mireia Acosta, television producer

Roberto Santiago is a writer, playwright and film director. He has written over twenty novels for children and young adults. Among others, the collection Los futbolísimos (‘Footballisms’) (Editorial SM), which has become the best selling saga of children’s literature in Spain in recent years and has been translated into more than 13 languages.
He has written and directed, among others, the films El penalti más largo del mundo (The Longest Penalty Shot In The World) (nominated for a Goya for best screenplay), El club de los suicidas (The Suicide Club), Al final del camino (At The End Of The Road) and the international co-production El sueño de Iván (Ivan’s Dream). For theatre he has written the adaptations of Ocho apellidos vascos (Eight Basque Surnames), El otro lado de la cama (The other side of the bed) and Perversiones sexuales en Chicago (Sexual Perversity in Chicago) by David Mamet, among others. He has participated in a number of television series, is professor at the Official Cinema School in Madrid, and his short film Ruleta (‘Roulette’) was the first Spanish short to compete in the Official Section of the Cannes Film Festival.

ANA is his first novel for adults. 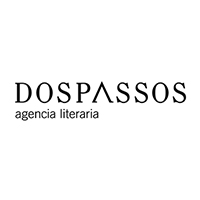 We represent a wide range of Spanish authors (fiction, non-fiction, YA/children's lit.). From established award-winning novelists to outstanding new voices, we are committed to promoting and defending our authors’ interests worldwide, in all formats.