In 2013 Assata Shakur, founding member of the Black Liberation Army, former Black Panther and godmother of Tupac Shakur, became the first ever woman to make the FBI's most wanted terrorist list. Assata Shakur's trial and conviction for the murder of a white state trooper in the spring of 1973 divided America. Her case quickly became emblematic of race relations and police brutality in the USA. While Assata's detractors continue to label her a ruthless killer, her defenders cite her as the victim of a systematic, racist campaign to criminalize and suppress black nationalist organizations. This intensely personal and political autobiography reveals a sensitive and gifted woman, far from the fearsome image of her that is projected by the powers that be. With wit and candour Assata recounts the formative experiences that led her to embrace a life of activism. With pained awareness she portrays the strengths, weaknesses and eventual demise of black and white revolutionary groups at the hands of the state. A major contribution to the history of black liberation, destined to take its place alongside The Autobiography of Malcolm X and the works of Maya Angelou. 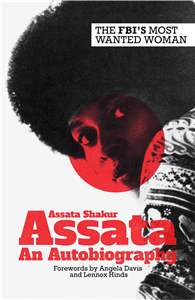 In her own words, the incredible story of one of the greatest living revolutionaries.

"Assata speaks to all of us" Angela Davis, from the foreword "A deftly written book . . . A spellbinding tale." The New York Times "A sober, restrained, but forceful recollection. . . . A must book for those interested in the 'revolutionaries' of the 1960s" Choice "A compelling tale of the impact of white racism on a sensitive and powerful young black woman." Library Journal

Assata Shakur is the FBI's most wanted woman. In 1979 she escaped from prison, was granted asylum in Cuba, and has been a fugitive ever since.