Yumi and her Band

Yumi is ten years old. She wants to be a drummer in a rock band to be rich and famous. Now I play drums in a band with my friends. We're not famous yet, and I don't understand why, because we're so cool. Apart from my band, I have Alimaña, who's my best friend, although he's pretty dumb. Besides, my parents spend their lives scolding me, my older sister has a disease called adolescence, and my little brother is a criminal mind locked up in the body of a two-year-old. A children's book similar to Diary of a Wimpy Kid.

This book won the November 2021 Spanish National Pop Eye Award in the category of children's and young adult literature.

This title is one of the 9 children's titles selected by the panel of German experts for the "Buchtipps unserer Experten" section as being the most suitable for translation and marketing in German-speaking countries on the www.newspanishbooks.de portal in 2021.

New Spanish Books is a project of the Spanish Foreign Trade Institute ICEX in cooperation with the Spanish publishers' association FGEE. It is intended to make it easier for publishers from the German-speaking world to gain access to new books from Spain and to help them decide which titles are worth translating. 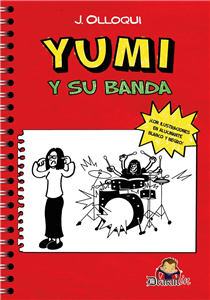 This title is one of the 9 children's titles selected by the panel of German experts for the "Buchtipps unserer Experten" section as being the most suitable for translation and marketing in German-speaking countries on the www.newspanishbooks.de portal in 2021.

Olloqui is the old man of more than 30 years who has written this book. He loves popular literature, movies, comics and pop music, and that's why he's always angry.

Although he had an early literary vocation, he soon strayed from the path of lyrics when he discovered pop during his adolescence. That's when he decided he didn't want to be a writer anymore, but a rocker, because rockers are more flirtatious than writers (which is false, because they flirt just as little, i.e. nothing.)

He has recorded and produced records, and has played in several bands, but none as famous as Yumi's band. He has written stories and articles in different media. He has also published two novels: Damn you earthlings! and Betamax, a comedy with super powers. But they're for adults, so if you're not over 18 you can't read them, because the Spanish Constitution forbids it.

Yumi and her band is his first foray into literature for discerning children, and for adults who refuse to do anything as absurd as grow up. 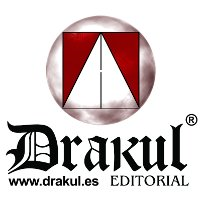 Editorial Drakul is a company founded in 2006 dedicated to the publication of comics, novels and children's literature. It publishes very selected works by Spanish and international authors. We publish the Star Trek comics in Spain since 2009