by David Pich and Ann Messenger

Leading Well is a leadership inspiration book focused on leadership, not leaders.

Leadership inspiration is too often attributed to the idea of a leadership genius – one saintly figure who personifies all the virtues of leadership – think Steve Jobs, Einstein or Gandhi – which, at first, doesn’t make the idea of a genius leader sound terribly bad.

The problem with the concept of genius leaders, however, is that they don’t always represent leadership. These often-glorified CEOs, politicians and philosophers sit on a pedestal where they’re worshipped by us – the people who aspire to achieve their level of success. To thousands of emerging leaders around the world, these people are their North Star, but what happens when these leaders disappoint us?

Discussion around these attributes is the subject of each of the chapters. There are case studies, expert opinions and strategies to help today’s, and next-generation leaders, in their endeavours to lead their organisations as best they can. 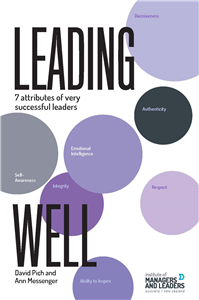 US, UK and translation rights in all languages are available

This is the second in the IML leadership series of books. 'Leadership Matters' is the first in the series.

David Pich is CEO of the Institute of Managers and Leaders, Australia and New Zealnad, David’s leadership career spans a range of senior executive roles in sales, marketing, PR and consulting for a number of global companies and in the not-for-profit sector. David advocates passionately for sound management and leadership practice. He strongly believes that good leaders have an impact well beyond the workplace. Ann Messenger is the first national Chair of the Institute of Managers andLeaders. She originally joined the Australian Institute of Management as a student member in the mid-1980s. Ann has worked in senior roles in Australia and South America with local and multi-national companies. Her passion for strong management and leadership has remained with her throughout her career in corporate finance and middle market advisory, most recently in the not-for-profit and education sectors.

Copyright Institute of Managers and Leaders, Australia and New Zealand, 2019 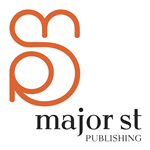 Major Street Publishing has chosen to review this offer before it proceeds.