Dicen (And they say) is a family story crossed by Franco's repression.

It tells what is not registered in notarial acts, or in newspapers, or in books, or in provincial archives. It tells a story of a day-to-day silence that became long, very long, and that has conditioned us until now.

Dicen tells real events in a network of voices silenced for generations, it is not written from the political reflection, but from the poetic justice, it is the contemporary account of the Spanish postwar period.

Dicen is an innovative book. It is not poetry, it is not an essay, it is not a short narrative and it is everything at the same time. Written in short sequences, it collects the intimate memory of a family and reconstructs their insignificant lives to show the terror of repression after the civil war. Conversations, poems, stories, essay references, fragmented sequences that the reader orders in a shocking story.

The narration drags the reader to the end by the rhythm, the different voices, the authenticity and the gradual understanding of why that time is silenced.

The author speaks of poetic justice as a way of giving life to those who did not want to be named after their death: the oppressors. This story recovers their names, their ways of acting, their personalities, their power. And it also brings back to life those who died in the ditches or lived marginalized: the victims.

It is very difficult to make historical memory from politics, however, literature is its natural space. An original work, with enormous expressive force and a unique point of view discovered by Susana Sánchez Aríns, an experienced, committed voice. 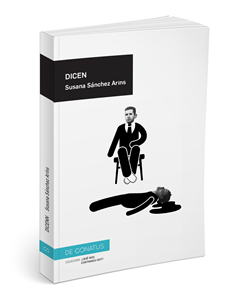 Susana Sánchez Arins was born in 1974 in Villagarcía de Arousa, but grew up in Foxo, inland.
She studied Hispanic and Portuguese Philologies at the University of Santiago de Compostela and obtained the DEA in Comparative Literature. She is a high school teacher. She studied and works in public school.
In 2008 she won the XXI Xosé María Pérez Parallé National Poetry Prize with the work (de) construçom (Editorial Espiral Maior, 2009), followed by the poems Aquilatadas (Estaleiro Editora) in 2012.
In 2012 she published Seique (Através Editora) and in 2018 the poetic plaquette Carne da miña carne (Editora Apiario) and the book of short stories Tu contas e eu conto (Através Editora). 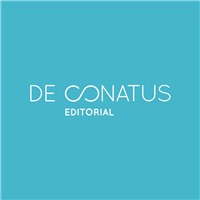