The Autumn of Innocence

In his novel, The Autumn of Innocence, prominent Lebanese poet and novelist Abbas Beydoun artfully weaves a tragic story of a father-son relationship that ends disastrously with the son's violent death. This story unfolds along with the Arab Spring movement and explores the motivations behind religious extremism and questions cultural constructs of masculinity.

The novel opens with a letter from Ghassan to his cousin, describing how his father Massoud strangled his mother to death when Ghassan was just three years old. Afterward, Massoud flees the village in southern Lebanon. For 18 years, no one hears from him, and Ghassan grows up stigmatized by his father's violent crime.

In time, Ghassan's aunt Bushra-Massoud's sister-makes a confession: She encouraged Massoud to kill his wife, believing that his wife's low socioeconomic status would bring embarrassment to their wealthy family. Bushra also reveals that Massoud was driven to kill his wife because he feared that she would tell someone that he was impotent, undermining his sense of manhood and social status.

Meanwhile, Massoud has moved to southern Syria, where he remarried and had two more sons. During the Arab Spring, the militant groups fighting the Syrian regime transform him into a religious extremist.

In the second half of the novel, Massoud return to the village in southern Lebanon. He brings with him a group of men. Together they seize control of the village and terrorize its inhabitants. After killing the dogs, they begin murdering the villagers in the name of religion. One of Ghassan's friends is among the victims, and Massoud also threatens his family. Ghassan decides that he must kill his father, avenging the death of his friend and the deaths of the other villagers. In the end, he fails and is beheaded by Bushra's son, his cousin, who is has joined Massoud's thugs.

Beydoun captures the shifting points of view in a family shattered by the tyranny of normative masculinity and the resulting violence. The victims are women, of course, but also the men like Ghassan who reject these social and cultural expectations. The novel also portrays the rise of religious extremism and the terrorism it can inspire, which wreaks havoc on the lives of ordinary people. Beydoun's engaging language imbues the characters and the places they inhabit with a vibrancy and vitality that transcends the difficult subject matter. 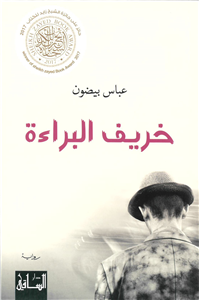 Winner of the 2017 Sheikh Zayed Book Award for Literature

Abbas Beydoun is well known in the Arab world as a poet, journalist, and literary critic. He was born in the village of Sur in southern Lebanon in 1945 to a family passionate about literature. He studied Arabic Literature at Beirut Arabic University and received his master's degree in literature in Sorbonne, France. Beydoun started his writing career as a poet and has published numerous poetry collections, including Critique of Pain, Overdose of Time, Glass Graveyards, Chambers, A Ticket for Two, and The Metaphysics of the Fox. His poetry has been translated into Italian, German, French, and English. His narrative style blends the volatile reality with a hint of fantasy. In 2002, Beydoun published his first novel, Blood Test, which was translated into English and published by Syracuse University Press. His second novel, The Album of Loss, was inspired by his own life story.