Dust Clouds in the Middle East

Originally appearing as a series of magazine articles, the valuable research into air operations, over the old-style Middle East of World War II, here appears in book form.;It deals with a variety of engagements between Britain and her Commonwealth forces and the Germans, Italians and Vichy French across many borders and differing terrains. It covers from the Italian threat and Ababa, the air battles over Lebanon, the breaking of Vichy air strength and culminates in the occupation of Madagascar in 1942. 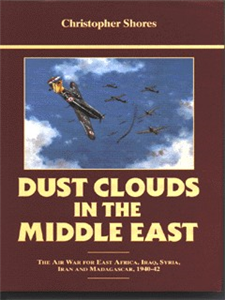