Caleb Cushing and the Shattering of the Union

One of the most colorful, controversial, and misunderstood public figures of the 19th century

“The most hated man in New England,”as critics dubbed him on the eve of the Civil War, Caleb Cushing, brash and controversial, was perhaps the last of 19th-century America’s renaissance figures. Poet and politician, essayist and diplomat, general and lawyer, this multidimensional scion of a Newburyport, Massachusetts, mercantile family moved in and out of positions of power and influence for more than fifty years.

First as a spokesman for the Whig and then the Democratic Parties, Cushing served in Congress, as the minister to China, as a general in the Mexican War, as U.S. attorney general, and as a legal adviser and diplomatic operative for Presidents Lincoln, Johnson, and Grant. With an unharnessed mind and probing intellect, Cushing inspired and infuriated contemporaries with his strident views on such topics as race relations and gender roles, national expansion and the legitimacy of secession. While his positions generated arguments and garnered enemies, his views often mirrored those of many Americans. His abilities and talents sustained him in public service and made him one of the most outstanding and fascinating figures of the era.

Biographer John Belohlavek delivers a work of importance and originality to specialists in the areas of mid-nineteenth-century political, legal, and diplomatic history as well as to those interested in New England history, antebellum gender relations, civil-military relations, and Mexican War studies. 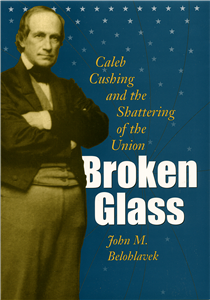