Jessica: The autobiography of an infant

Jessica had always been terrified that the unthinkable had happened when she had been “made up.” There was no other reason she could think of for what she experienced when the words “I need” and “I want” escaped from her mouth. For her, it was as if an alien presence was moving her mouth and speaking for her. At the same time, thoughts raced around in her head so fast her mind felt like it was about to dissolve into chaos, and she felt like she was floating in space miles above the earth. When all of this happened, a plastic calmness immediately settled over her face, as it always did when she felt upset, and particularly so when she felt very upset. Jessica was shocked that no one had ever noticed and asked if she was OK.

Nonetheless, she lived with the fear that one day someone would discover who – or what – she really was. She decided that the best way to prevent that was to act as if she really was a needing, wanting person. Without hesitating a second in any situation, Jessica did whatever was expected of her, and in a way that wouldn’t upset anyone and keep her as inconspicuous as possible.

Jessica was certain what would happen if her secret ever leaked out.  Strangers would suddenly surround her and, with arms raised and fingers pointed directly at her, shout “Imposter! Imposter! Here’s the imposter!” Before she knew it, she’d find herself in court and quickly found guilty of impersonating a real human being. The next day’s headlines would surely read: SCIENTISTS GATHER TO EXAMINE ALIEN IMPOSTER.

Until Jessica entered therapy as an adult, she had no way of knowing how she had become such a mystery to herself. After a slow start to her therapy, she asked for multiple-hour sessions several days a week in hopes of a breakthrough. Her intuition proved correct. She started to remember experiences from the first weeks of her infancy. During that time, when every minute should have been filled with exciting discoveries about herself and her world, she rarely saw a smiling face, or experienced a soft caress, or heard a tender voice, or felt her body being handled in a gentle way. In many of the events that Jessica remembered, her mother’s inattentive, hurried behavior made her feel that the needing, wanting part of her was “dangerous” and that for her own survival she “had to stay away from it.” In these longer sessions, as Jessica remembered more and more early experiences she also felt more and more like a needing, wanting person.

For Dr. Von Glahn, listening to these recollections was just like listening to an infant who could talk describe every psychologically dramatic moment of its life as it was happening. All of those recollections were audio-taped and included in this book in edited form for ease of reading. Today, Jessica is an articulate spokesperson for the emotional well-being of infants 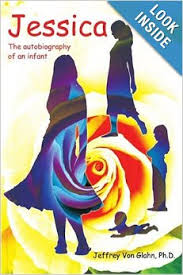 A powerful case study on the effects of early emotional trauma, recall and gradual recovery…. Her tale of therapy with Von Glahn is pure and fascinating.