Under the Red Blanket

Under The Red Blanket is a memoir of a Swedish-American family living in the remote area of North East India among headhunting tribes. The book opens with the father of Bea, Bengt Anderson, immigrating to the United States from Sweden on the advice of his aunt Hedda, who worked as a cook for the Roosevelt family at their home in Hyde Park, New York. He later moved to Minnesota where he met and married Edna Michaelson. Soon after, they left the US to spend twenty-nine years living in India. The story relates the trials and tribulations of life in the jungle. It includes stories of life under the British Raj, World War II and the Japanese invasion into India. The book also describes the horrors witnessed during the separation of India and Pakistan in 1947. 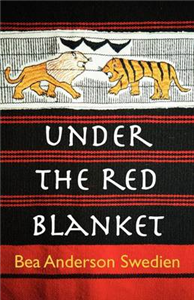 MX Publishing, based in London, have two main divisions – coaching and therapy including NLP (Neuro Linguistic Programming) and Victorian literature and history, in particular Sherlock Holmes.

MX Publishing Ltd has chosen to review this offer before it proceeds.