Uncovering Black Heroes: Lesser-Known Stories of Liberty and Civil Rights is a series of stories regarding real people who are not so well known in the mainstream of American freedom and civil rights discussions. These people have made a difference by the events of their lives and by the deliberate contributions they made. In some chapters depictions of fugitive slaves create awareness of the perils of freedom runs and of the desperate, dangerous, and terrifying life of being a hunted person. In other chapters the degree of local level blockage individuals needed to confront is exposed. Still other chapters point out major efforts by diligent, but for the most part unknown, local people that result in court case settlements and state laws to advance civil rights, in particular suffrage. One chapter takes a close look at leaders in women’s clubs and how those leaders defined women’s roles in the Black freedom and civil rights movements. Themes stand out as they all build upon each other and are seen from one chapter to the next. In the end, a subtle evolution of ideas can be realized that forms the notion that the great and recognized Black leaders in history have their important place but that freedom and civil rights advancements are made on the backs of the local unknowns who need to be recognized for what they have contributed. This uncovering of unknown players involved in crucial events of their times in the quest for social, political, civil, and personal equality and freedom provides a unique perspective somewhat counter to mainstream thinking. 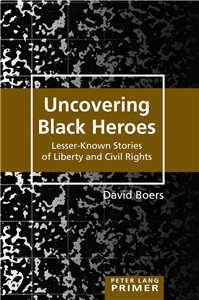