There's No Word for «Saudade»

Perspectives on the Literature and Culture of Portuguese America

There’s No Word for Saudade contains twenty-one essays aimed at a readership interested in cultural and historical materials, including those related to Portuguese America. Significant figures covered include John Dos Passos, Charles Reis Felix, Julian Silva, John Philip Sousa, Mark Twain, Herman Melville, James Merrill, and the Azorean John Francis, businessman, patron, and friend to the fabled Provincetown Players. Concluding essays scrutinize and judge the phenomenon of the Portuguese movie in the 1930s and 1940s, and trace the history of the tricky but persistently present Portuguese concept of saudade. 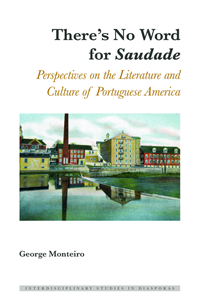