Drawing on recently released or previously neglected archive material, this book is the first dedicated to the stage career of Cicely Hamilton (1872–1952). Best known for her work with the women’s suffrage movement, Hamilton was at the same time deeply committed to the commercial stage as an actress, dramatist and activist. The book draws extensively on Hamilton’s own recollections as well as those of her close associates, supplemented by contemporary press reviews and articles, and concludes with a chronology of the productions in which she performed as a touring actress based on confirmed dates and venues. This book «(…) is a fascinating and fantastic resource for current and future scholars of Hamilton’s work, as well as those interested in the wider framework of (…) the theatre industry of the late nineteenth and early twentieth centuries.» Dr. Naomi Paxton (School of Advanced Study, University of London) «With its documentation and assessment of Hamilton's touring career, (…) this well written and meticulously researched study provides an original contribution to theatre, dramatic, and reception history.» Prof. Dr. Rudolf Weiss (University of Vienna) 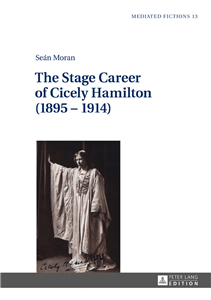