The Safe House Down Under

Jewish Refugees from Czechoslovakia in Australia 1938–1944

After the demise of Czechoslovakia in March 1939, the Jewish population fell victim to Nazi persecution. Hoping to find a safe haven elsewhere in the world, some Czechoslovak Jews turned to Australia to seek refuge. This book focuses on their struggles to survive in life-threatening situations and their efforts to reach the safety of the distant continent. Although the German occupation of Czechoslovakia has been a subject of extensive academic debate, the role of the Australian government in this international event has thus far not been examined. This book evaluates the impact on Australia of policies pursued by Europe’s leading politicians with regard to Czechoslovakia that ultimately failed to prevent the outbreak of the Second World War. Central to the book is a discussion of Australia’s policy towards the admission of Jewish refugees from Czechoslovakia. Drawing on archival sources as well as original interviews conducted with former refugees from Czechoslovakia, the author offers insights into the lives and experiences of these Jewish refugees down under. At the same time, the book sheds light on Australia’s involvement in one of the defining moments of the twentieth century. 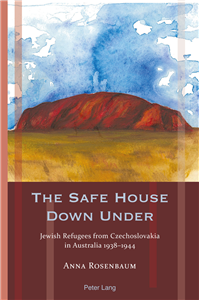