The Political Economy of East Asia

Striving for Wealth and Power

For students of international political economy, it is hard to ignore the growth, dynamism, and global impact of East Asia. Japan and China are two of the largest economies in the world, in a region now accounting for almost 30 percent more trade than the United States, Canada, and Mexico combined. What explains this increasing wealth and burgeoning power? In his new text, Ming Wan illustrates the diverse ways that the domestic politics and policies of countries within East Asia affect the region&BAD:rsquo;s production, trade, exchange rates, and development, and are in turn affected by global market forces and international institutions.

Unlike most other texts on East Asian political economy that are essentially comparisons of major individual countries, Wan effectively integrates key thematic issues and country-specific examples to present a comprehensive overview of East Asia's role in the world economy. The text first takes a comparative look at the region's economic systems and institutions to explore their evolution - a rich and complex story that looks beyond the response to Western pressures. Later chapters are organized around close examination of production, trade, finance, and monetary relations. While featuring extended discussion of China, Japan, South Korea, and Taiwan, Wan is inclusive in his analysis, with coverage including Myanmar, Thailand, Laos, Vietnam, Cambodia, Malaysia, Singapore, Indonesia, Brunei, and the Philippines.

The text is richly illustrated with more than fifty tables, figures, and maps that present the latest economic and political data to help students better visualize trends and demographics. Each chapter ends with extensive lists of suggested readings. 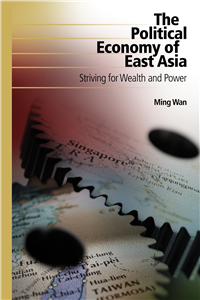