The first edition of this book was one of the first ever written by a collection of internet bloggers. Iain Dale and Guido Fawkes run two of Britain's most read political blogs and they invited their fellow bloggers and blog readers to contribute to the book, which details more than 140 instances of New Labour sleaze since 1997 - cronyism, nepotism, sex, money, drugs - you name it, New Labour have been at it.Charting the fall of New Labour, from the heights of the 1997 election victory to the depths of John Prescott's diary secretary, the book has now been fully updated to include even more sleaze:- Peter Mandelson's Mortgages- Ron Davies's 'Moment of Madness'- David Blunkett and Nannygate- Bernie Ecclestone's Donation- Loans for Lordships- John Prescott's Cocktail Sausage- Lord Irvine's Wallpaper- Margaret Beckett's Air Miles- Cherie Blair's Freebie Holidays- Tessa Jowell's Mortgages- The Dodgy Dossier- Stephen Byers- Jo Moore Burying Bad News- Derek Draper and Lobbygate- Badger Watching with Ron Davies- Cherie Blair Signing the Hutton Report- Gordon Brown and the Smith Institute- Cherie Blair's 'lecture' tours- Gordon Brown's Spinning AddictionAnd many more... 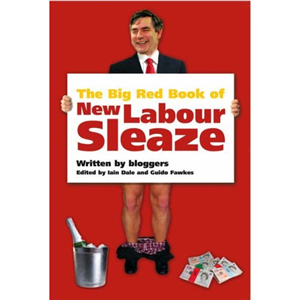