by Stewart A. Dippel

This book traces a recovery of iconographic religious experience and theology in the nineteenth century. In contrast to a logocentric religious focus, which privileges texts and their analysis, an iconographic focus emphasizes the visual and narrative attributes of religion. The introduction sets the stage by discussing the profound disquietude in the wake of Britain’s Religious Census of 1851, along with the various responses to a perceived decline in religiosity. Two subsequent chapters deal with the resurgence of iconographic religion from the perspective of theology proper, arguing that contemporary theologians, such as those represented by the Yale School of Divinity, held to a more holistic as opposed to a fragmentary approach towards scripture. In doing so they came to center the scriptural stories on the events surrounding Christ’s passion. The remaining chapters trace the recovery of iconographic religion through American, Russian, and British culture throughout the nineteenth century. Ultimately, this book argues for a revision on the standard ‘read’ regarding these artists and writers which holds that they were predominantly secular in orientation. 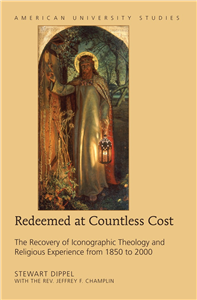