Conservation of the environment

The Alaskan frontier tempted fur traders, whalers, salmon fishers, gold miners, hunters, and oilmen to take what they could without regard for long-term consequences. Wildlife species, ecosystems, and Native cultures suffered, sometimes irreparably. Damage to wildlife and lands drew the attention of environmentalists, including John Muir, who applied their influence to enact wildlife protection laws and set aside lands for conservation.

Alaska served as a testing ground for emergent national resource policy in the United States, as environmental values of species and ecosystem sustainability replaced the unrestrained exploitation of Alaska's early frontier days. Efforts of conservation leaders and the territory's isolation, small human population, and late development prevented widespread destruction and gave Americans a unique opportunity to protect some of the world's most pristine wilderness.

Enhanced by over 100 photographs, this book illustrates the historical precedents for current natural resource disputes in Alaska and will fascinate readers interested in wildlife and conservation. 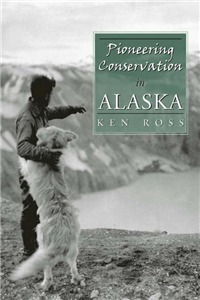