Beautiful to look at…dangerous to touch.

Anni Ross hasn’t had a break since she put on her first pair of toe shoes. She never minded that sacrifice much…until, at the company director’s lavish party, she spies a tall, athletic man. And suddenly she’s afraid if she lets him slip away, she’ll regret it forever.

Steve Hunter can’t help but let the sleek, blonde dancer entice him to stay for a bite to eat—though he wishes it was her delectable body on the buffet. Not that he has time, with the stiff competition he’s up against to make partner at his law firm.

Anni has a magical way of making him wish for a home and a family. The trick will be convincing her that settling down isn’t the wrong step for her career.

Anni is sure she can have it all: her dance career and a man she loves. But when she learns Steve could have ulterior motives for having a star on his arm, her world—and her heart—are in danger of crashing around her.

This Retro Romance reprint was originally published in 1998 by Scarlet Books. 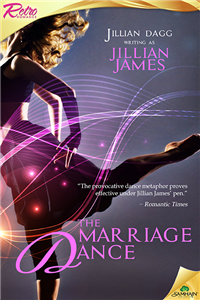