Liminality and «Communitas» in the Beat Generation

The Beat Generation questioned mid-twentieth century America and sought the margins of society. This book analyzes the literature and lifestyles of the Beat authors Jack Kerouac, William S. Burroughs, and Allen Ginsberg in regard to Victor Turner’s anthropological studies. The Beats separated from society by willingly entering the rites of passage. Liminal symbolism is apparent in their literature such as in movement, time, space, pilgrimages, and monstrosities. In their liminal stage, they established «communitas» and developed anti-structure. They questioned society and made proposals to change it in their liminoid literature. The Beats shared similarities with previous countercultures, and they influenced the following Hippie Generation. 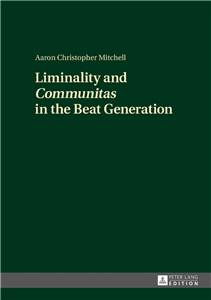