Jim Crow and the Wilson Administration

Before the Wilson years, as southern states and localities enshrined Jim Crow in law and custom and systematic racial discrimination infiltrated the North, the executive branch of the federal government moved in the opposite direction by opening federal employment to thousands of African Americans, appointing blacks to federal and diplomatic offices throughout the country and the world.

Finding support from the federal government, many African Americans, supported Wilson's democratic campaign, dubbed the "New Freedom," with hopes of continuing advancement. But as president, the southern-born Wilson openly supported and directly implemented a Jim Crow policy in the federal departments unleashing a firestorm of protest.

This protest campaign, carried out on a level not seen since the abolitionist movement, galvanised a vast community of men and women. Blacks and whites, professionals and laymen, signed petitions, wrote protest letters, participated in organised mass meetings, lobbied public officials, directly confronted Wilson, made known their plight through publicity campaigns, and, in at least one case, marched to express their opposition.

Patler provides a thorough examination of the two national organisations that led these protests efforts -- the National Association for the Advancement of Coloured People and William Monroe Trotter's National Equal Rights League -- and deftly contextualises the movement, while emphasising the tragic, enduring consequences of the Wilson administration's actions. 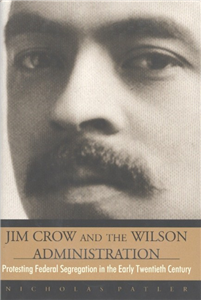