Originally published only in Japanese, this in-depth study provides an in-depth review of the fighter units of the Imperial Japanese Air Force and their pilots.;Commencing with a detailed study of the development, equipment and operations flown by this force since its inception immediately after the end of World War I, until the catastrophic conclusion of World War II, the initial section deals with the wars in China and Manchuria, as well as the Pacific War of 1941-45.;The second section provides details of each of the units from formation onwards, listing the types of aircraft used, the bases from which they flew, and the unit and formation commanders. Details of the more notable actions in which each unit was involved are also provided.;Biographical notes relating to all of the more notable fighter pilots form the third section, whilst the book also provides supporting listings and a glossary of Japanese terms. 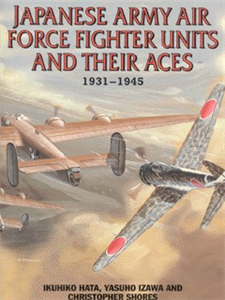 Grub Street has chosen to review this offer before it proceeds.