Inter-American literary study is an exciting and fast-growing area of comparative scholarship. The Americas are tied together by a common historical heritage and by a history of social, political, economic, and cultural interaction. As a contribution to this field, this book brings together the literatures and literary histories of English and French Canada, the United States, Spanish America, the Caribbean, and Brazil. The periods focused on include the Colonial Period, the Nineteenth Century, Modernism and Modernity, the 1960s, and the Contemporary Moment. The author contrasts the different European heritages that were brought to the New World. In addition, the literature and culture of Native America is referred to in each of these sections that will be of use to the reader interested in this important topic, which we can rightly think of as the common denominator of all American literature. 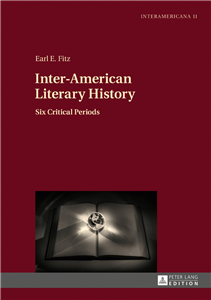