This new study investigates how Spain was represented in Irish fiction, plays, poems, and travelogues written in a period covering the first five decades of Irish independence, as well as the Spanish Civil War (1936–1939) and the Franco dictatorship (1939–1975). These two countries situated at Europe’s western periphery followed a similar socio-political trajectory in the twentieth century, despite the crucial difference that democracy survived the civil war in Ireland, but not in Spain. Both De Valera’s Ireland and Franco’s Spain were marked by a Catholic conservative-nationalist state ideology and by economic, political, and cultural isolation throughout the 1940s and 1950s, but underwent a rapid process of modernization from the 1960s onwards. Against this historical background, and drawing on the useful theoretical concepts of imagology, the author analyses a variety of literary depictions of life in Spain and explores what the writers’ «hetero-images» of Spain reveal about their «auto-images» of Ireland. The book demonstrates how Irish writers used Spain and its troubles as a foil for Ireland, in order to comment obliquely on socio-political developments in their own country since the achievement of independence. 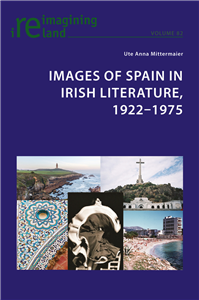