The book is a study on Dutch painting, drawing and printmaking of the 17th century, focused on interlocking its descriptive realism with the visual strategy of illusion. The author analyzes this relationship as a conjunction rather than an opposition. Illusionistic compositional devices were current not only in mythological, biblical and allegorical images but also in proper realistic representations of the world. At the same time, many visual inventions, which included illusionistic concepts, were presented with persuasive realism of the forms. Thus, different seventeenth-century Dutch artists – such as Hendrick Goltzius, Hendrick Vroom, Rembrandt, Vermeer – attempted to produce «open images» and to conduct a visual game with their beholders. 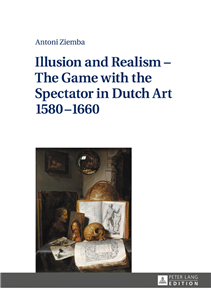