New York, early twenty-first century. Once, they were famous and their bodies were powerful. They were Mister Fantastic, Batman, Mystique, Superman... Now they know the pains of ageing and regret. And as an obscure conspiracy is threatening their lives, making them even more vulnerable, they live out one last, desperate love story.

At once realistic and visionary, here is a novel that revives a pop imagination with a narrative of singular power. Beautifully written, playful and tragic, this is a story about the broken heart of not only a group of former superheroes, but of an entire civilization, an entire world. 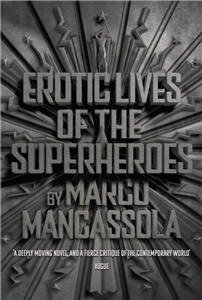 “A deeply moving novel, and a fierce critique of the contemporary world” Vogue

“An affectionate look at the perils of growing old, this is wonderfully original, witty and discreetly political and was a major success in Italy and France, although the author lives in London. Absolutely worth the detour, a delightful novel like no other around” - Maxim Jakubowski, Lovereading

“A meditation on power, endings, and desire as the driving force of the world, this novel is huge, crepuscular and sumptuous, releasing the sheer power of fiction” Mediapart


“A heartrending picture of the difficulty of getting old, the novel also paints an accurate portrait of the millennium... Delightful” Le Figaro


“One of the most ambitious and engrossing books of our recent times... What if Mancassola has actually managed to write the great, long-awaited novel of post 9/11 America?” Livres Hebdo


“A political fable about contemporary America, written by an Italian author who lives in London”


“A deeply moving novel, and a fierce critique of the contemporary world” Vogue

Salammbo Press has chosen to review this offer before it proceeds.