New Discoveries in the Cave of Letters

Dead Sea: New Discoveries in the Cave of Letters is a multidisciplinary study of the Cave of Letters in the Nahal Hever of the Judean desert, a site reputed for having contained the most important finds evidencing the Bar Kokhba revolt, including the cache of bronzes found buried there and the papers of Babatha, one of the few direct accounts of the context of the Bar Kokhba revolt in the second century CE. Chapters by diverse scholars report on and discuss the ramifications of the 1999–2001 expedition to the site, the first organized archaeological activity there since the expeditions at Nahal Hever by Yigal Yadin in 1960–1961. Using advanced technological methodologies alongside more "traditional" archaeological techniques, the team explored several research hypotheses. The expedition sought to determine whether the material collected in the cave could substantiate the hypothesis that the cave was a place of refuge during both the Bar Kokhba revolt and the earlier Great Revolt against the Roman Empire. The expedition also researched the viability of a relatively long-term occupation of the cave while under siege by Roman forces, questioning whether occupants would have been able to cook, sleep, etc., without severely degrading the cave environment as a viable place for human habitation. The individual chapters represent the result of analysis by scholars and scientists on different aspects of the material culture that the expedition uncovered. 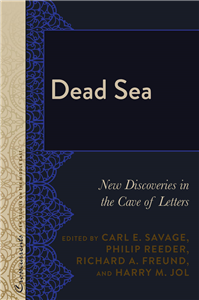