Data modeling theory and practice is for practitioners and academics who have learned the conventions and rules of data modeling and are looking for a deeper understanding of the discipline. The coverage of theory includes a detailed review of the extensive literature on data modeling and logical database design, referencing nearly 500 publications, with a strong focus on their relevance to practice. The practice component incorporates the largest-ever study of data modeling practitioners, involving over 450 participants in interviews, surveys and data modeling tasks. The results challenge many long-held assumptions about data modeling and will be of interest to academics and practitioners alike. Graeme Simsion brings to the book the practical perspective and intellectual clarity that have made his Data Modeling Essentials a classic in the field. He begins with a question about the nature of data modeling (design or description), and uses it to illuminate such issues as the definition of data modeling, its philosophical underpinnings, inputs and deliverables, the necessary behaviors and skills, the role of creativity, product diversity, quality measures, personal styles, and the differences between experts and novices. Data Modeling Theory and Practice is essential reading for anyone involved in data modeling practice, research, or teaching. Graeme Simsion is uniquely qualified to draw together the theory and practice of data modeling. His 30 years industry experience includes data modeling, database design and administration, data management, process design, and IT strategy. For twenty years he was CEO of a prominent Australian information systems consultancy, and oversaw numerous data modeling projects as well as continuing to consult in his own right. He is well-known as a presenter at industry forums, and a leader of data modeling master classes around the world. Graeme has maintained a close relationship with academe throughout his career, holding honorary several university appointments, speaking at academic conferences, supporting research, and delivering undergraduate and postgraduate courses in data modeling. He has been publishing occasional journal articles since 1981, and between 2002 and 2006 was a full-time researcher in data modeling at the University of Melbourne. He holds postgraduate qualifications in both information systems and business administration, and was awarded a PhD for the research reported in this book. 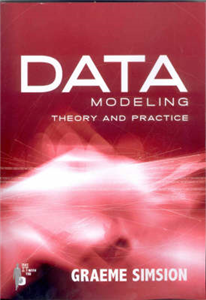 Technics Publications has chosen to review this offer before it proceeds.