They must escape together—or not at all.

Elsa Ware is chained in a lightless dungeon, awaiting her turn to fight for her life. But it's all just part of her job. For over a century, the vampire warrior has worked alone, roaming the night to protect her race.

Sent to infiltrate an underground fight ring that pits unwilling supernaturals against each other in gladiatorial combat, she has the skills to survive in this treacherous world. But nothing prepared her for an intense attraction to a sexy Russian werewolf.

Sevastyan Rykov is undefeated in the bloody game he's forced to play, but the demon bite he just received is a death sentence. Until a beautiful vampire is thrown into his cell just as the poison turns him into a crazed predator.

Confronted by Sevastyan's uncontrollable blood lust, Elsa does everything in her power to entrance him—and turns his need for violence into another kind of need altogether. But it's a fiery connection with the power to overcome the evil around them...or destroy them both.

This title was originally self-published. 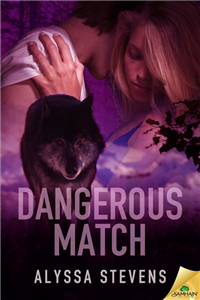