Dance with the Devil

Born to be enemies. Destined to be lovers.

Soul’s Harbor Pride, Book 1 After killing one of her father’s enforcers, half-blood lion shifter Jillian Winters ran for her life, landing in an upscale bar halfway across the country. Her boss, Carrick—a pure-blood shifter—has no idea his barmaid is a fugitive.

When her father’s recklessness puts the Pride at risk, Jillian must return home and assume his place as Alpha. But not before she indulges in a taste of the attraction that’s been building for years between her and Carrick.

Carrick Granger has had a soft spot for Jillian from the moment she stepped into his bar, soaking wet and afraid of her own shadow. He knows she has secrets. So does he. He’s also the outcast son of an Alpha—and now that his father is dead, he, too, has been summoned home.

Thinking they’ll never see each other again, the simmering heat between them ignites like a match to gunpowder. But then the bullets start flying, forcing them to choose—duty to their Prides, or the one person they can’t live without.

Warning: This book contains deception, lies, betrayal, a sexy lion who is determined to claim his mate, and a mating bond that will change the landscape of the Prides forever. 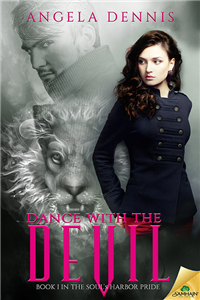