The Second Edition of Curriculum Theory: Conflicting Visions and Enduring Concerns presents a clear, unbiased, and rigorous description of the major curriculum philosophies that have influenced educators and schooling over the last century. Author Michael Stephen Schiro analyzes four educational visions: Scholar Academic, Social Efficiency, Learner Centered, and Social Reconstructionùto enable readers to reflect on their own educational beliefs and more productively interact with educators who might hold different beliefs.

New to the Second Edition:

Additional historical material on the Scholar Academic ideology is added in Chapter 2.

In Chapter 2, the section on teaching was reorganized and a new subsection is added on Teachers as Transmitters, Mediators, or Translators.

Several new sections are added to Chapter 4 on the Learner Centered ideology: The major section provides a description and analysis of a Learner Centered curriculum. Others include things such as a discussion the relation between knowledge and experience, and the nature and structure of the learning environment of the ideology.

Several sections of Chapter 4 have been reorganized under new headings to add clarity to the chapter.

Seven new sections have been added to Chapter 6: Six of these sections are plays in which four teachers discuss their beliefs about enduring curricular issues and related current "hot" curriculum topics, in ways that highlight the differences between the ideologies.

An additional section in Chapter 6 discusses differences in how each of the ideologies takes advantage of the use of technology in curriculum and during instruction. 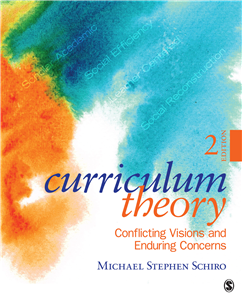