'It is great to see the re-publication of the classic Consumer Culture and Postmodernism. The extensive new material is erudite, informative and important, particularly locating consumer culture in the context of global climate change and postmodernism within a framing that seriously displaces the 'west' from centre-stage' - John Urry, Lancaster University

The first edition of this contemporary classic can claim to have put 'consumer culture' on the map, certainly in relation to postmodernism. This expanded new edition includes:

- A major new chapter on 'Modernity and the Cultural Question'

- The challenges of consumer culture in Japan and China

The result is a book that shakes the boundaries of debate, from one of the foremost writers on culture and postmodernism of the present day. 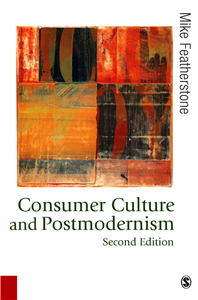