As the title indicates, this book highlights the shifting and emergent features that represent life online, specifically in and around the territory of e-learning. Cybercultures in themselves are complex conglomerations of ideas, philosophies, concepts, and theories, some of which are fiercely contradictory. As a construct, "cyberculture" is a result of sustained attempts by diverse groups of people to make sense of multifarious activities, linguistic codes, and practices in complicated and ever-changing settings. It is an impossibly convoluted field. Any valid understanding of cyberculture can only be gained from living within it, and as Bell suggests, it is "made up of people, machines and stories in everyday life." Although this book contains a mix of perspectives, as the chapters progress, readers should detect some common threads. Technology-mediated activities are featured throughout, each evoking its particular cultural nuances and, as Derrick de Kerckhove (1997) has eloquently argued, technology acts as the skin of culture. All the authors are passionate about their subjects, every one engages critically with his or her topics, and each is fully committed to the belief that e-learning is a vitally important component in the future of education. All of the authors believe that digital learning environments will contribute massively to the success of the information society we now inhabit. Each is intent on exploration of the touchstone of "any time, any place" learning where temporal and spatial contexts cease to become barriers to learning, and where the boundaries are blurring between the formal and informal._x000D_ _x000D_ This book is divided into four sections. In Part I, which has been titled "Digital Subcultures," we begin an exploration of “culture” and attempt to locate the learner within a number of digital subcultures that have arisen around new and emerging technologies such as mobile and handheld devices, collaborative online spaces, and podcasting. The chapters in this section represent attempts by the authors to demonstrate that there are many subdivisions present on the Web, and that online learners cannot and should not be represented as one vast amorphous mass of "Internet" users. 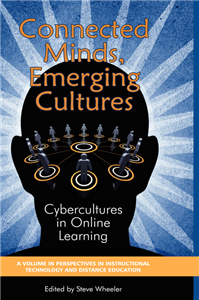