Conjunctions and Other Parts of Speech 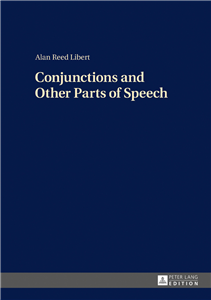