The Language of Science and Literature Around 1900

The relationship between biological thought and literature, and between science and culture, has long been an area of interest by no means confined to literary studies. The Darwin Anniversary celebrations of 2009 added to this tradition, inspiring a variety of new publications on the cultural reception of Darwin and Darwinism. With a fresh scope that includes but also reaches beyond the «Darwinian» legacy, the essays in this volume explore the range and diversity of interactions between biological thought and literary writing in the period around 1900. How did literature uniquely shape the constitution and communication of scientific ideas in the decades after Darwin? Did literary genres dangerously distort, or shed critical light upon, the biological theories with which they worked? And what were the ethical and social implications of those relationships? With these broad questions in mind, the contributors consider the biological embeddedness of human nature, perspectives on sexual desire, developments in racial thinking and its political exploitation, and poetic engagements with experimental psychology and zoology. They also range across different literary traditions, from Germany, France, Italy, and the Netherlands, to Britain and the USA. Biological Discourses provides a rich cross-section of the contested relationship between literature and biological thought in fin-de-siècle and modernist cultures. 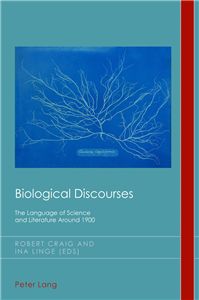