From Social Interaction to Self-Reflection

The research reported in this book is unapologetically Meadian. While the work of George Herbert Mead has been of widespread significance, and his name is often cited, there are in fact few empirical studies that have sought to rigorously instantiate his ideas. This is in part because his theory is abstruse and in part because there have been so many divergent interpretations of his theory. The point of departure for the present research is a novel interpretation of Mead. Mead’s core problematic, I argue, is how to explain self-reflection, and his answer to this is the theory of the social act. The present research is an attempt to instantiate this reading. _x000D_ _x000D_ This book puts to rest any glorification of postmodernist belief in the local nature of knowledge and context specificity of human cultural acts as a part of the image of fragmented human lives. Human beings are differentiated and hierarchically integrated wholes who regulate their own organization by cultural means. This conceptual deathblow to postmodernist ideologies is done here without denying the reality of context specificity. In fact, all the evidence in this book shows that each and every moment in the touring act is context bound, and hence unique. Yet there is generality operating upon—and creating—that uniqueness. The author’s careful development of theoretical insights George Herbert Mead reached in his self-dialogues almost a century ago is a new step in the development of cultural psychology as a Wissenschaft aiming at making sense of the human conditions in its generic ways. This itself is an exploring act—one that the social sciences need very much at our present time of abundance of fragmented bits and pieces of information about “the others” that lead us to search for our own unified selves through invention of new ways for touring. 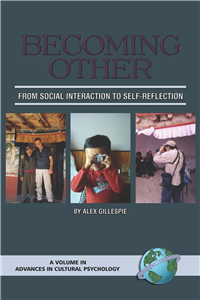