Mischievous adolescent Song Bao Bao grows up devoted to his country under the stringent eyes of the Communist party. Precocious for his age, he has strong innate curiosity. He discovers many truths that others may not wish him to know. Anxious to learn more, he goes to great lengths to build a powerful and illegal radio capable of receiving censored frequencies, such as the Voice of America broadcasting in Chinese. Conscientiously fulfilling his daytime duties to the Party, the boy also leads a busy nightlife – such as spying on Uncle and Auntie's bedroom activities, attempting to make sense of human sexuality and converting complex mathematical concepts into simple images to tutor his girl-friend Dan Dan. The young boy follows Communist doctrine obediently and enthusiastically to pursue his dream of becoming a Nobel Prize winner. When required to engage in such activities, he writes the most Da Zi Baos (Big Character Posters) in the least amount of time, makes the most impressive paper heart in class, energetically kills sparrows, and assumes the role of leader in group discussions. His enthusiasm is partly based on his assumption that a bright future lies ahead of him. Then, one day he realises that, because of his background, he is and always will be ineligible to attend a good university in his home country. Bao Bao is devastated. All his dreams are shattered. There is no future ahead of him. Then, mustering all his courage, he racks his brains to find a way out of this impasse. Finally he makes a fateful decision that will change his life forever. 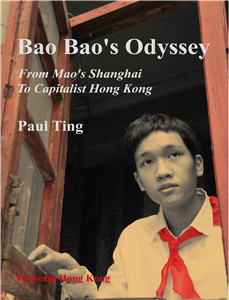