When you make the Devil’s bargain, be prepared to take the heat. A lot of heat.

Chronicles of the Malcolm, Book 2

Most of Xia’s early memories are repressed, thank the Great Cat Mother. But her body remembers how to kill.

The longer she and her fellow Malcolm crewmates are holed up on Cibari hiding from assassins, the twitchier she gets—until the planet’s insanely sexy Warlord, Rahal Mizyar, borrows her skills to take out slavers.

Rahal suspects Xia is his mate, but the human-raised female never learned the finer points of felinoid rituals. The solution: make her fall hard and fast for him, even if it means playing dirty.

Hired to determine if Xia is the long-missing granddaughter of the felinoid prime minister, Cal Janssen has finally tracked her down. Getting past Rahal, though, is a problem—until he’s mistaken for a notorious arms dealer and playboy. And he finds himself the object of both Rahal’s and Xia’s seduction.

When their first mission brings Xia’s memories bulleting back to the surface, she realizes she’s fallen for two men who don’t exist. Running away, however, could be her deadliest mistake.

Warning: Contains an assassin with a swiss cheese memory, a badass warlord who’s getting tired of his own con, and a freelance lawman. Secrets, lies, and hot sex with no rules. 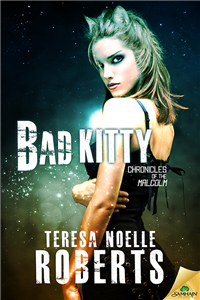