Walter Benjamin is one of the most important figures of modern culture. The authors focus within this book on Benjamin as a philosopher, or rather as a critic of modernism entangled in tradition (mainly Jewish), but also as a writer. Philosophical and philological readings are accompanied by essays presenting the complex biography of Benjamin and numerous, often unexpected, parallels which indicate traces of his reflections in works of other artists. In consequence, «The Arcades Project», which can be described as Benjamin’s opus vitae, is not only a picturesque history of Parisian arcades of the mid-19th century. It is also a polyphonic text, composed of quotations, commentaries and footnotes, a discussion of the sense of history and the literary work of art that surprises with its meandering quality. 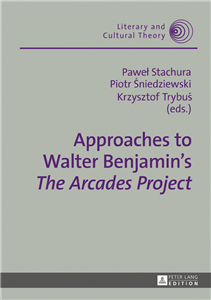