A socio-cultural anthropologist who became a behavioural paleoanthropologist late in his career, Freeman took a unique approach, employing statistical or mathematical techniques in his analysis of archaeological data. All the papers in this collection blend theoretical statements with the archaeological facts they are intended to help the reader understand.

Although he taught at the University of Chicago for the span of his 40-year career, Freeman is not well-known among Anglophone scholars, because his primary fieldwork and publishing occurred in Cantabrian, Spain. However, he has been a major player in Paleolithic prehistory, and this volume will introduce his work to more American Archaeologists.

This collection brings the work of an expert scholar, to a broad audience, and will be of interest to archaeologists, their students, and lay readers interested in the Paleolithic era. 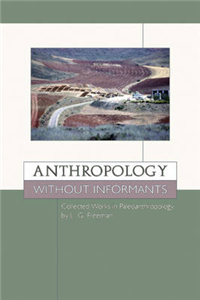