This anthology provides an interdisciplinary study of multicultural studies in the United States. It centers on how race, gender, ethnicity, sexuality, and cultural diversity are examined and discussed in the academic field of American multicultural studies. It seeks to bring together foundational works of scholars writing within the framework of a fairly new and exciting area of study that develops across disciplines, rather than representing a discipline in itself. Each section of the book will tackle one specific theme. The themes are race, gender, ethnicity, sexuality, and cultural diversity. The intention of the essays within each theme is to provide students, professors, and public readers with analytical tools that are necessary to conceptualize these issues within the broader framework of American multicultural studies. This anthology will consist of five main sections. Each section covers the broad topics of race, ethnicity, gender, sexuality, and cultural diversity as themes in American multicultural studies. Each section will comprise of 5-7 essays written by scholars from various research backgrounds including women studies, political science, sociology, literature, cultural studies, communication studies, anthropology, and philosophy. The aim of each essay is to offer a range of perspectives on the broad themes that are emerging in the field of American multicultural studies. Each of these original essays will be 15-20 pages including references. Sherrow Pinder is a Professor of Multicultural and Gender Studies at California State University, Chico. She holds a PhD from the New School for Social Research in New York City. She is the author of two prior books: The Politics of Race and Ethnicity in the United States: Americanization, De-Americanization and Racialized Ethnic Groups (New York: Palgrave Macmillan, 2010) and From Welfare to Workfare: How Capitalist States Create a Pool of Unskilled Cheap Labor (A Marxist-Feminist Social Analysis). (Lewiston, New York: Edwin Mellen Press, 2007). 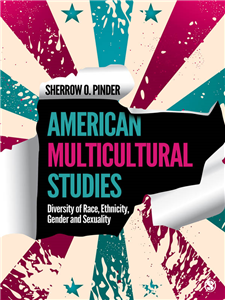