Pedro Almodóvar is an internationally acclaimed Spanish director. The national and international fascination over Almodóvar’s cinema lies in his ability to reflect the problems of contemporary society, his lucidity in combining the urban and the rural, his ability to express the frustrations of modern man, as well as his freshness and spontaneity. Although the vast majority of studies on this Spanish director have focused on women and the gay world, his films are crowded with many types and archetypes of heterosexual men. This groundbreaking edited volume studies the men in the cinema of Almodóvar from a broad yet comprehensive and complementary perspective. Each chapter of All About Almodóvar’s Men methodically dissects these male characters—their misery and their greatness, their frustrations and their desires—offering a kaleidoscopic view of man that goes beyond the narrow framework in which many studies have locked the rich cinema of Almodóvar. 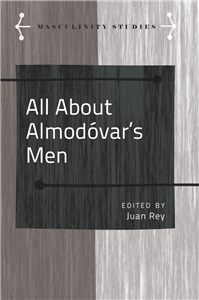