A Centenary Review of Welsh Railways

A general review of the railways of Wales at the turn of the 20th century, and some of the changes that have occurred since. The appearance and function of the trains of the time are discussed, particularly the part played by freight transportation, which was an important aspect of the railway system. Accidents, strikes and court cases from the time are also discussed, such as the TVR strike, a law case between two railway companies which eventually went to the Court of Appeal, and a collision at Tylwch in mid Wales.;To conclude, there is an imaginary journey from North to South Wales, in 1900, describing the different railway companies and the numerous train changes required to complete the journey. 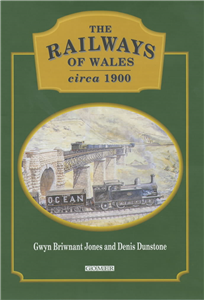 Gomer Press has chosen to review this offer before it proceeds.