Writing and Producing for Television and Film

Role models from the visual media often spark in viewers the will to emulate desired behavior. The Entertainment-Education method combines emotional appeal and relevant knowledge in order to promote such behavior change. This book—the second in a three-book series titled Communication for Behavior Change—is amied at all producing or directing Entertainment-Education dramas for television and film.

The authors—both leading practitioners in the field of Entertainment-Education—dwell in detail on the Design Approach for determining and then articulating effective messages to be contained in the drama, along with guidelines and examples at every step. Drawing on methods that have been tried and tested in various countries worldwide, the guidelines offered in the book will be invaluable for anyone wanting to create a successful Entertainment-Education television drama or film. In addition to a number of actual scripts that have been converted into dramas, the useful appendices provide sample documents of various procedural requirements mentioned in the course of the book. 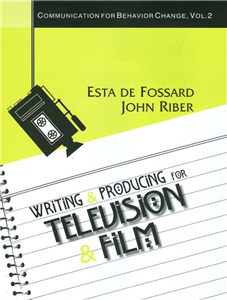