The Search for Dialogue, 1920-present

Women’s Writing and Muslim Societies looks at the rise in works concerning Muslim societies by both western and Muslim women – from pioneering female travellers like Freya Stark and Edith Wharton in the early twentieth century, whose accounts of the Orient were usually playful and humorous, to the present day and such works as Azar Nafisi’s Reading Lolita in Tehran and Betty Mahmoody’s Not Without My Daughter, which present a radically different view of Muslim Societies marked by fear, hostility and even disgust. The author, Sharif Gemie, also considers a new range of female Muslim writers whose works suggest a variety of other perspectives that speak of difficult journeys, the problems of integration, identity crises and the changing nature of Muslim cultures; in the process, this volume examines varied journeys across cultural, political and religious borders, discussing the problems faced by female travellers, the problems of trans-cultural romances and the difficulties of constructing dialogue between enemy camps. 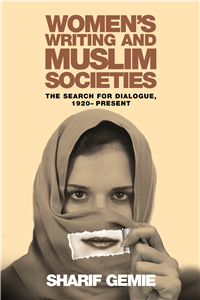