Welsh Gothic, the first study of its kind, introduces readers to the array of Welsh Gothic literature published from 1780 to the present day. Informed by postcolonial and psychoanalytic theory, it argues that many of the fears encoded in Welsh Gothic writing are specific to the history of Welsh people, telling us much about the changing ways in which Welsh people have historically seen themselves and been perceived by others. The first part of the book explores Welsh Gothic writing from its beginnings in the last decades of the eighteenth century to 1997. The second part focuses on figures specific to the Welsh Gothic genre who enter literature from folk lore and local superstition, such as the sin-eater, cŵn Annwn (hellhounds), dark druids and Welsh witches. 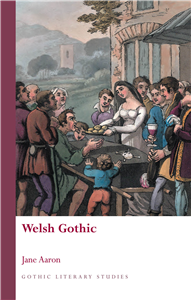