Way I see It

This book is meant to challenge, is often controversial, even something of a whistleblower and, being radical, does not settle for the status quo as I speak out against these terrible times we live in. It is about dealing with life and death with all that that means in joy and heartache and the realities of such with both the physical and spiritual supernatural sides of life, something of how they interact in good versus evil, right and wrong also the intense and desperate warfare we are locked into here on Planet Earth and the Divine judgement we are under. Where each of us stands regarding these matters is of paramount importance as it affects life now and life’s other side. From 1961 after experiencing some ‘hell on earth’ in my earlier years I was determined to search, seek, sift, ask questions and find the meaning of life and by 1968 I found LIFE in my Maker, Father God, through His Messiah Son and got the big picture and I became radical in my living for Him within the framework of His wonderful, powerful love that He gives to us. It is all about the Truth and the Truth alone will set us free. The book consists of three parts: my autobiography; tying it in with the condition of the world, the church and so on; and further information of varied interest including my late father’s survival from the troopship, Lancastria, in the world’s worst single maritime disaster in June 1940. 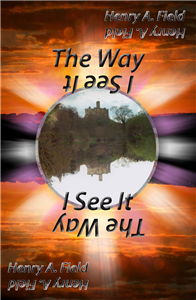