The Final Resource : How the Politics of Water Will Impact On the World

Robin Griffiths and William Houston - the co-authors of Future Storm who in 2006 predicted the present political, economic, commodity and climatic turmoil - have turned their attention to one of the biggest challenges being faced across the globe today: Water.Up to the turn of the century the world's population had grown with water abundant in most developing countries.Then everything changed.Ocean oscillations (which affect the weather patterns) have altered, leading to droughts in areas that were expecting rain, and flooding for those previously anticipating arid conditions. The result is that around a fifth of the world's population will receive much less rainthan expected.What effect will this have?- A third of arable land going out of production, reducing yields and increasing prices.- A rise in seismic activity leading to more tsunamis, earthquakes and volcanic eruptions, which in turn cause climatic shifts.- A large increase in refugees forced to seek shelter in other countries.- Potential conflicts over water.- An immediate need to reduce the amount of water currently allowed to run to waste.- An urgent need to develop and invest in recycling, desalination and intelligent irrigation and new fuels, such as hydrogen and cold fusion.The authors address all of these issues and propose solutions to the problems we are about to face, or are already grappling with.This book sets out the power of water to enrich or destroy the lives of millions. 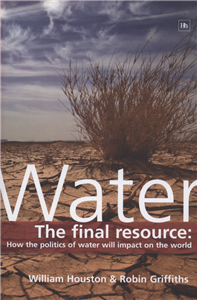